The lake was quarantined and after an amazing effort by the Inland Fisheries in Tasmania, they were eradicated from the lake. Subsequently, it has re opened and resumed the incredible fishing for which it was known.

It is a very shallow lake with unusually dirty water for a Tasmanian waterway. What it does have however is a quite remarkable number of endemic fish called the Golden Galaxia. These fish are in quite extraordinary numbers and are almost the sole food source of the gigantic fish that lurk beneath the surface. Many double figure brown trout are caught here every week and although the rainbows are a little smaller, they are still very large. If you want to catch a double figure fish then this is your place.

Catch rates are low which is what can be expected when you are dealing with such large fish. Sometimes fish as small as five pounds can be encountered but this is quite rare. On many occasions, fish can be seen feeding on the Golden Galaxia and these are usually not hard to catch. Although the IFS has the current catch rate at Lake Cresecent at around 0.5 fish per person per day we have had far greater success than this and have caught one or more fish every day we have ever fished the lake bar one.

Sight casting is not a feature of the lake. The main reason for going to Crescent is to catch a trophy trout and it is still the most realistic place to do so in the shortest amount of time.

The water in the lake does get too low and warm as the season progresses and it is recommended that an early season trip be made if you want to catch a trophy. Having said that, the lake usually comes back on line at the very end of the season again, in April. 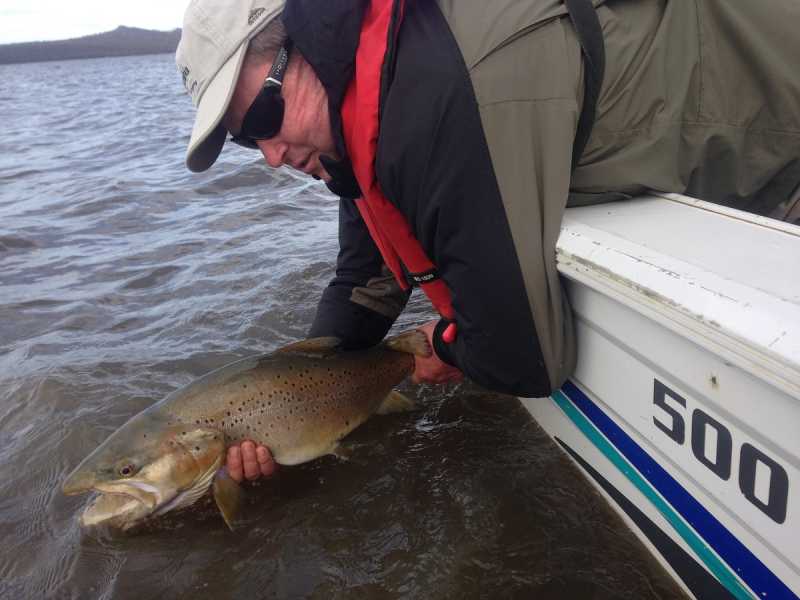 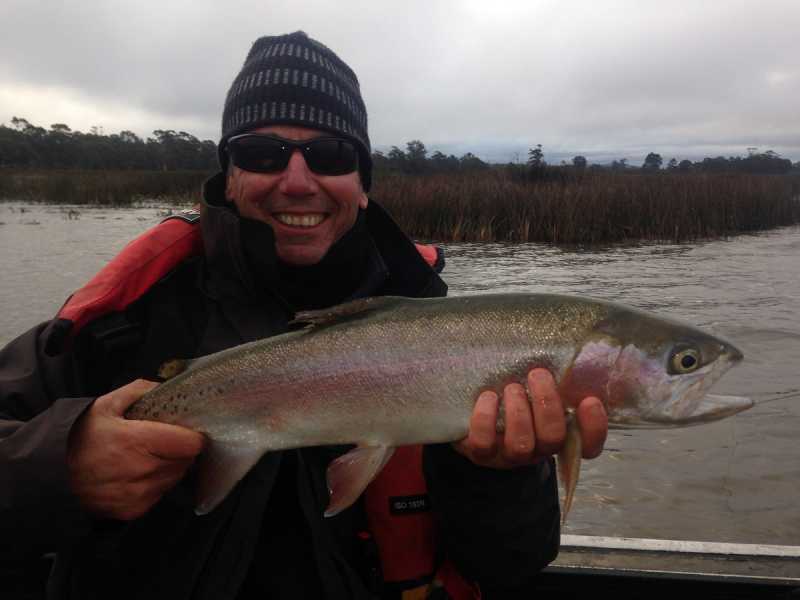