As we suspected, the beats have played a huge part in success and failure. For us, the draw has not been kind. Many countries can say the same thing.

It is rare to see the Czechs so far down the list even if it is after only one day, no matter what, I still expect them to be right up there at the end. The French have blanked some river beats and that is almost unthinkable. You can't catch what is not in front of you. Doing a a beat analysis, it appears as though the Aussie boys are fishing well in spite of what the scorecards say. We have had some terrible, terrible beats and have caught fish where others have not. I have been the lucky one so far as I have had two good beats. Someone has to be lucky and that is me. This competition is a classic "chocolates to boiled lollies" comp and we are all only one session away from a blank. I have fished the two best locations first and have the two worst on the final day. The lake continues to be a pain in the backside as very few fish are coming off it. It is basically a "save the blank if you can" session. What all of this means is that team and individual placing at this point mean nothing as anyone at any stage can blank and as long you have not fished the lake, the results do not accurately reflect the situation.

Josh watched many anglers fish the Pliva today and no doubt learned a lot from some of the very best. Jim helped out Mick in the morning and then Staggy and I in the afternoon.

Luke caught two chub today and should be proud of his efforts on a lower Pliva beat. Surely one of us will draw a number out of the twenties! Those bottom beats can be death beats. The sanica produced good numbers of fish all day as did the Sana. The feared Vebas river has again, shown that if you draw one of the first four beats, you will be casting at rising fish all session. Below that and you are trying to save the blank. The current world champion, Lubos Rosa, drew one of the top four beats in the morning and caught twenty odd fish and the same beat produced another twenty odd in the afternoon. Vern did very well to catch a fish on the river this morning and Luke then managed three in the afternoon. Good angling from the boys.

Currently, Josh is up tying flies for me which is an enormous help. It is these sorts of things that enable more downtime and rest that can be the difference. What a champion he is.

Tomorrow, Luke goes to the lake, Staggy to the Sana, Vern to the Sanica, Mick to the Vrbas and I am in the Pliva. It is another early start but then we have the afternoon to sleep and to catch up on fly tying and preparations for the final and most important day of the competition.

Keep your fingers and toes crossed for a good draw in the morning please.

I am receiving the email replies from everyone and I enjoy getting them and it is much appreciated. I hope to answer them tomorrow afternoon.

I will try to write another update tomorrow afternoon as well. 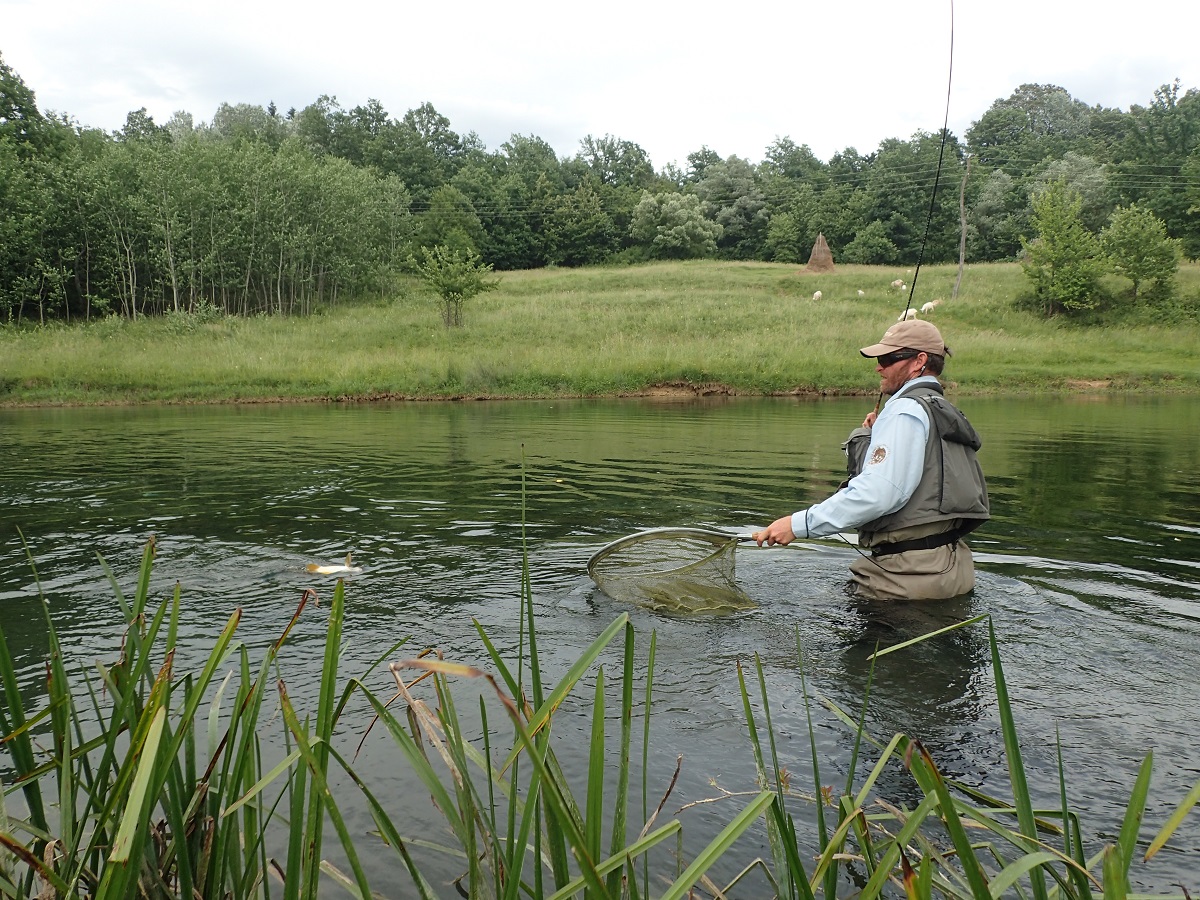