Today was the middle day of competition and only one session was held. Tomorrow we have two sessions to finish the competition.

Luke fished the lake and as always, there were very few fish caught. Those that were landed were on differing techniques and lines. Unfortunately, Luke did not manage a fish. He is someone who I regard as possibly our best lake angler. That means we have blanked all thee of the lake sessions so far. Mick is fishing it first thing in the morning and then I have the privilege of trying to catch one out of it in the last session. Luke's boat partner did not even see a fish either.

Mick drew the lowest beat in the Verbas River. That means it is by far the worst beat in the river and he did not see a fish at stage throughout his session. I don't think a fish has come off this beat during the entire comp to date. Although he goes to the lake in the morning, he will then get to finish on the highest producing river of the comp, the Sanica.
Staggy fished the Sana today and landed one grayling and one trout. This river also produces a few fish. The Czech, English and and Italian competitors only managed four fish themselves off better beats than Staggys. It was tough! If your best does not have many or any grayling and you are forced to fish for wild Browns, it can be a long session after they have been hammered in previous sessions. This may have Staggy placing around the late teens, early twenties for the session. He has the Pliva and the Verbas tomorrow.

Vern starred! He was fishing the Sanica and landed 22 fish. This may have him in first position for the session but certainly in the top three. He came back beaming after a very enjoyable session but feels as though he should have done better. He goes to the Sana and then Pliva tomorrow.

Finally, there was my session in the Pliva. I drew beat one which I knew had been blanked yesterday afternoon but the Portuguese. They are very good anglers and their team is doing well so this came as a shock.... until I started fishing it. Nine fish came to the net that did not measure including three that were 19.9cm - 1mm from measuring and counting for points! I ended with three measuring fish but knowing the numbers of fish that were coming off the other beats, three fish will have me well down around 20th position for the session. Not to worry. Interestingly, I was happier with the way I fished today as opposed to yesterday morning when I won the session but felt as though I had not taken full advantage of the fishing. Technically I was much better today but the results do not reflect that. My fish were about 28, 27 and 22cm so they were not exactly world beaters but they are all good in comp fishing. Most of my beat was totally u disable as the water was far too fast and unsafe. I could not get to the other side either despite my best attempts. This narrows the options. The river ran very straight and then went into a massive plunge pool of some 20 or so feet in depth where you could see the bottom. I even fished a di7 for a while and all manner of things. Anyway, you can't draw well all of the time which is why it is so import at to make the most of it when you do. 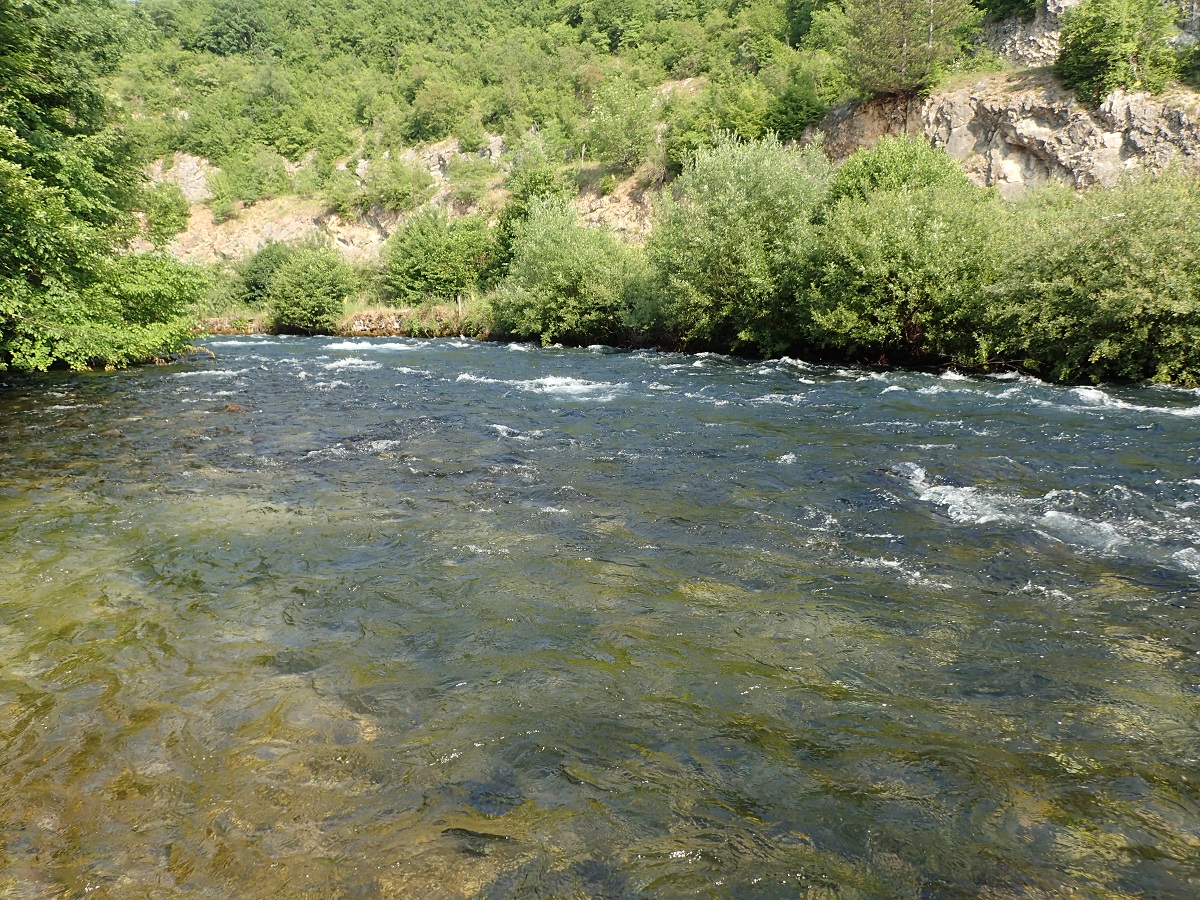 Tomorrow I have the hardest two venues, the Verbas in the morning and then I finish on the lake. If I can get one fish in each session, I will make the top ten for both sessions and with the blanks that we know I are coming, Australia will be far better placed at the end of the comp. It is going to be a blankathon.

My gear is holding up much better than expected in the fast water and harsh environment of comp angling. I did lose my net magnet yesterday morning however and it is a pain having the net Over my shoulder for the entire session but at least it is handy when I need it.

The well wishes from home and around the world have been fantastic. The boys are really appreciative and want everyone to know that they are trying their hardest. Team spirit is still high and will remain that way. We know that a couple of good beats and everything can turn around.

The next time I write, it will all be over and hopefully, we have managed to get Australia back into a better position. The USA are well placed for the title as they seem to hang the lake worked out and are fishing and drawing well.